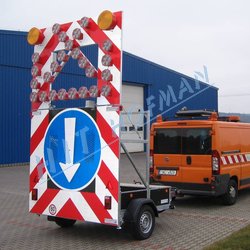 Warning trailers, maintenance vehicles (e.g. road sweepers, gritters or mowing machines), traffic cones etc. can be equipped with a warning radio transmitter. This device sends warning messages in the direction of incoming vehicles up to a distance of approx. 500 meters. At a truck speed of 80km/h, the drivers still have enough reaction time to avoid a possible accident. The warning messages can be heard on the channels of Citizens Band (CB) radios used by truck and lorry drivers. 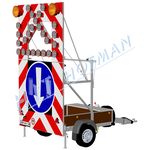 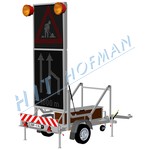 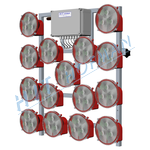 The product has been added to your inquiry.